Bigg Boss 7 winner and actress Gauahar Khan took over the dance floor at her wedding reception last night, with a spontaneous ‘hook-step’ performance on her song, Jhalla Wallah. She originally appeared in the song from Ishaqzaade in 2012. Gauahar tied the knot with beau Zaid Darbar on December 25 and since then the duo has been breaking the internet with their pre-wedding and wedding photos and videos. The couple married in a dreamy nikah ceremony. The wedding was an intimate affair attended by family and close friends.

Gauahar’s best friend and creative producer Preeti Simoes took to her Instagram to share a video of her BFF dancing, as well as some pictures from the reception, with groom Zaid Darbar and Neeti Simoes.

Dropping the video, she wrote “The bestest night ever … my Knight in Shining Armour … @gauaharkhan. Wen u cud not rehearse for a dance performance..n got major #Fomo ..so u decide u get on stage for an impromptu act .. And jus wen u r makin a fool of urself … ur best friend who is also a bride comes to ur rescue… thanks for saving me G,” Preeti wrote. She also sent love to the newlyweds, Gauahar and Zaid, and congratulated them once again.

After their nikah ceremony on Friday afternoon, Gauahar and Zaid hosted a wedding reception for their friends from the industry. The event was attended by filmmaker Sanjay Leela Bhansali, actor Hussain Kuwajerwala, Fashion designer Manish Malhotra, and others.

The couple kicked off their wedding festivities with a Chiksa ceremony. It was followed by a Mehendi ceremony.

Meanwhile, Gauahar and Zaid have shared some awwdorable photographs of their wedding on Instagram. “Qubool Hai,” they wrote as the caption.

Gauahar and Zaid, who are known for their twinning style and fashion statement, chose to twin in pastel for their wedding outfits. Gauahar Khan wore a royal white and golden embroidered ivory sharara outfit with statement jewelry while Zaid complimented her in a sherwani. The couple looked gorgeous and much in love. 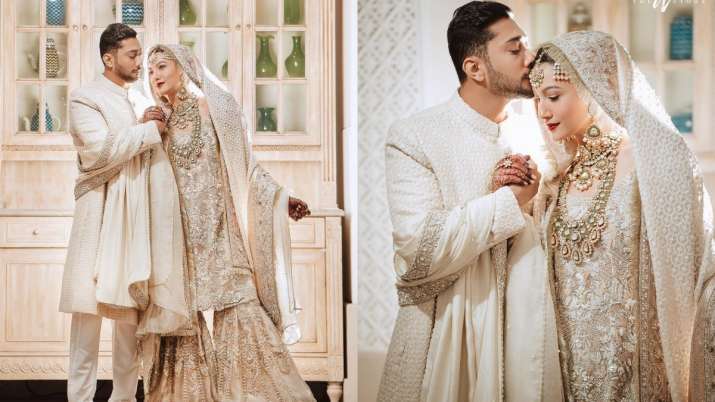 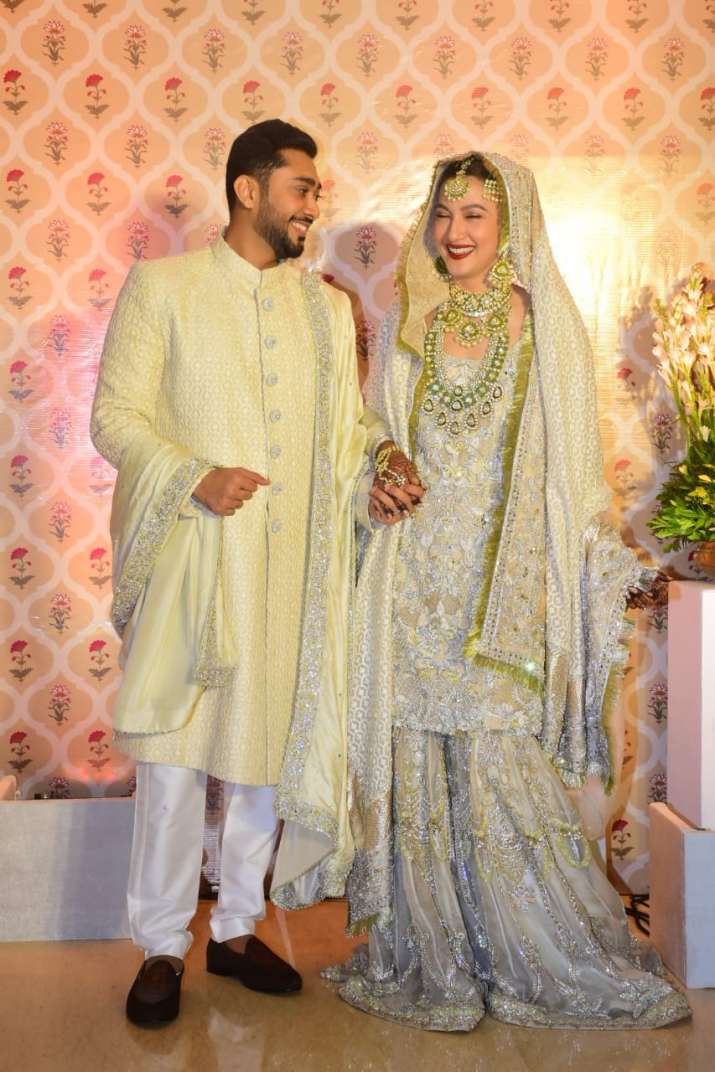