Australia has been a hostile country for overseas off spinners over decades. The best of the lot – Muttiah Muralitharan, Graeme Swann, Saqlain Mushtaq and Harbhajan Singh have toured Down Under and struggled. In the light of the above, R Ashwin’s performance in Australia stands out and although he has not been a tormentor running through batting line-ups as he is in India, he has been a match-changer who has used his experience, skill and cricketing intelligence to get the best out of the usually unhelpful Australian wickets. 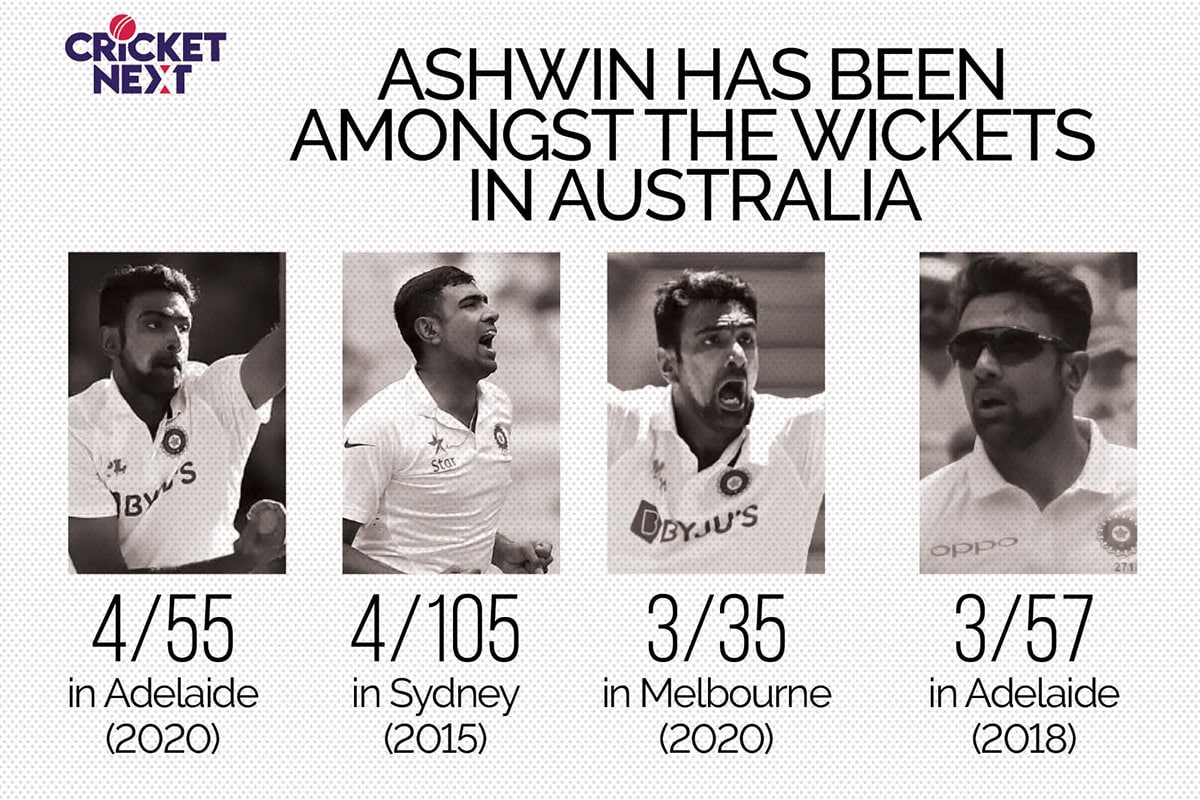 Ashwin produced yet another potentially game-changing performance in Australia today – on Boxing Day in the all-important second Test of the four-Test series Down Under. After the early wicket of Joe Burns, Australia had recovered well through a positive Matthew Wade and Marnus Labuschagne. The left-hander was looking to attack the Indian bowlers when a master-stroke by stand-in-skipper, Ajinkya Rahane did the trick for India. Ashwin was brought in as first-change as early in the 11th over ahead of Mohammed Siraj. The champion off-spinner did not disappoint and struck in his second over. He got one to dip and turn as Wade, a bit too anxious to dominate the spinner, tried to heave across the line and was caught in the outfield by Ravindra Jadeja. India had got the important breakthrough.

The wily off spinner then got the biggest wicket in international Test cricket for the second time in the series – Steven Smith was caught at leg gully as Ashwin, extracting a little more bounce and turn from the wicket, turned what is traditionally considered a defensive line into an attacking one. The best Test batsman was out for a duck. Australia were reeling at 38 for 3. Ashwin’s third victim of the day was the Player of the Match in Adelaide – the captain, Tim Paine who was caught at backward short-leg for 13. Australia lost their last recognized batsman and were in dire straits at 155 for 7. Ashwin returned with 3-35 in 24 overs. Not only had he picked three big wickets but also was brilliantly restrictive and the most economical of the Indian bowlers going at just 1.46 runs per over in the day. These were Ashwin’s best bowling figures at the MCG and they put India in a commanding position on Day 1, particularly significant as the visitors needed to make a statement after the debacle in Adelaide.

Ashwin had returned with 4-55 in the first innings in Adelaide – his best bowling figures in Australia – and had helped India take a first innings’ lead. Overall, he picked 5 wickets in the match including 4 big ones of Smith, Labuschagne, Travis Head and Cameron Green.

Although, raw average and strike rate would suggest that the off-spinner has been poor in Australia, one needs to look at the numbers closely and the context of the wickets he has taken Down Under. Ashwin played a leading role with the ball in India’s win in the series opener in Adelaide in 2018 – he saw the back of Marcus Harris, Usman Khawaja and Shaun Marsh in the first innings – he wreaked havoc on the Australian middle-order helping India with a first innings’ lead. Ashwin then returned in the second innings and got the crucial wickets of Aaron Finch and Khawaja before ending a stubborn 32-run last-wicket stand dismissing Josh Hazlewood to give India a famous 31 run victory.

Ashwin has picked 35 wickets in just 15 innings in Australia with a bowling average of 40.11. This also means that he has, on an average, picked 2.33 wickets every inning he has bowled in Australia. He has also been very consistent and gone wicket-less in just one of the 15 times he has bowled in Australia. Ashwin has picked 3 or more wickets in an innings in a majority 8 (of 15) times – these are excellent returns when one compares them with the performances of other great off-spinners Down Under.

Ashwin has made use of whatever little turn and extra bounce the pitches have offered him in Australia. But more crucially, he has used his cricketing intelligence and slight variations to extract the maximum advantage he could from the usually ‘hostile to off-spin’ tracks Down Under.