Imtiaz Ali directorial Highway completes 7 years of its release today. From its music to the storyline and stellar acting of the actors, Highway continues to win millions of hearts. Alia Bhatt who portrayed the character of Veera Tripathi was praised for her outstanding acting. It was Alia’s second film after making her debut with Student Of The Year. The actress on Sunday shared a candid video on her Instagram Stories with the song Patakha Guddi playing in the background. She captioned it, “celebrating 7 years of highway…” She also asked her fans what’s their favorite highway song. 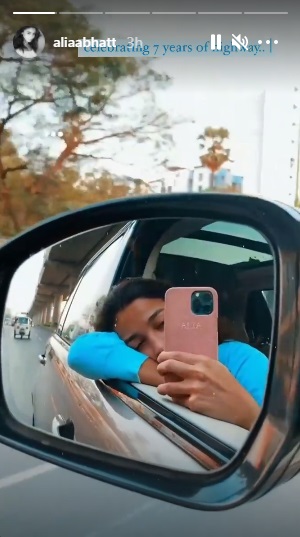 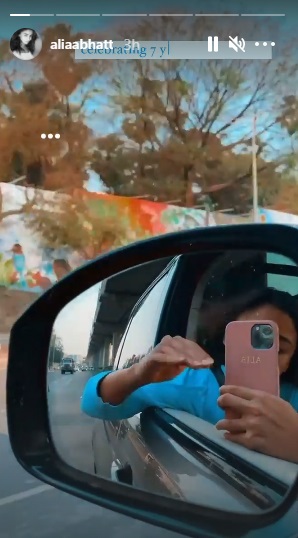 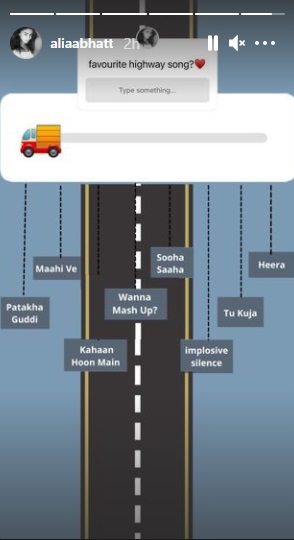 In the video, Alia can be seen without makeup as she is recording a video by looking in the rearview mirror of her car, during her road journey on the highway.

The film also featured Randeep Hooda in the male lead role and depicts the story of Veera Tripathi, a shy and timid girl from Delhi who suddenly discovers herself and feels rather liberating after being kidnapped by Mahabir Bhati (Randeep Hooda). They keep moving together from one location to another and Veera starts enjoying herself. Soon, Veera develops a special bond with Mahabir. Though the two belong to a totally different background and culture they soon became two pieces of a puzzle that complete each other. The film was shot across 6 states of India including Delhi, Haryana, Rajasthan, Punjab, Himachal Pradesh, and Kashmir. The film has music by the music maestro AR Rehman. The songs of the film also paved the way to its success.

For the unversed Ali Bhatt is currently gearing up for her upcoming film Gangubai Kathiawadi. She also announced the wrap up of her most anticipated films Brahmastra. The Ayan Mukerji directorial also features Amitabh Bachchan, Dimple Kapadia and Mouni Roy in pivotal roles.