You’re Dharma’s blue-eyed girl, having done Guilty, Good Newzz and Jug Jugg Jeeyo with them. What’s the equation you share with Karan Johar?
Karan often jokes that everyone asks him why he’s giving me films. And I always say that I must be so good that you give me these films. (Laughs) Sometimes even
I joke that I should have my own cabin at Dharma. I love working with them. They have given me some of my strongest characters. When Lust Stories happened, it was the first role that I had that got so much appreciation. I think Karan sees me as a performer. Everything he has offered me, whether it has been Good Newwz, JJJ or Shershah, every character has been so incredibly etched out that I naturally feel inclined to do it. I want him to direct me again.

Today you’re working with the biggest superstars and big banners. What was the turning point in your career?
Everyone will point out to my successful films whether it was Lust Stories or Kabir Singh. Naturally those films had a wider reach. But personally, I think my foundation has been my first film Fugly. I owe it to the first film for every film I’ve landed. Also, every film has taught me something, every person I have acted with, every director I have worked with has taught me something. So for me, every film is special, whether it was a box-office success or a big dud, it taught me something and it has been a part of my journey.

When your debut film didn’t do as well as expected, what motivated you to keep your chin up and sail on?
That was the toughest period because I didn’t know better. I didn’t know what was next? I didn’t realise that it’s not just about your first film. Every film is a challenge. And it’s every Friday to Friday, no matter wherever you are in your career. My belief in myself was what motivated me during that period of time.  I hung on to that and dug my feet in. There was never a plan B. 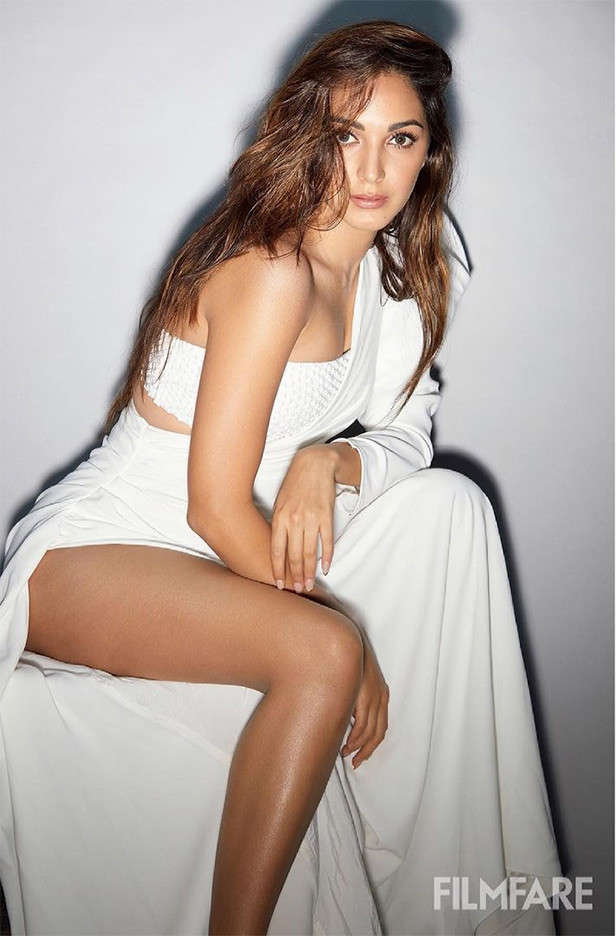 What did you learn from that particular phase now that you look back at it?
I was preparing every single day, that when the opportunity comes I’m ready for it. I didn’t want to ever feel like I haven’t given it my all. I really feel lucky today that the directors conduct workshops. They want you to prepare for roles, they want you to unlearn what you have learnt and approach a character in a new way. Even when you cry in a film, you cry differently in each film. And that is a very daunting task for an actor. That’s why today, when I look back at Kabir Singh and see the climax scene, I still have tears in my eyes because I never watched it as myself. I never felt like that was me.

The whole creative space has had a full 360 degree turn. Everyone wants to push the envelope now.

Sidharth Malhotra, Kartik Aaryan, Varun Dhawan, Akshay Kumar – describe your co-stars in your own words…
Akshay sir, is somebody who is continuously working and never stops.That is inspiring given his experience, age, stardom, everything. That’s the best example. So his energy to keep going and to keep working… I love that about him.
Varun Dhawan, is a notorious boy but has a heart of gold. As a co-star I had a wonderful time working with him because he has soooo many ideas and so many variations on how he wants to do a scene. It’s like a film that Raj is making and then there is a parallel film that Varun decides to make. So we had fun. We just wanted to keep on giving more shots while Raj had already got his shot in the first take. But he was kind enough to give us more takes.
Kartik, again is great fun on the set. But I have to still work with him a little more to get to know him better. We have just started working, so I look forward to it.
Sid, is someone I got to know really well through the shooting of Shershaah.  He is someone who is  intelligent when it comes to scripts and edits. He is focussed when it comes to his work.