Amruta Subhash is on a roll. In 2019 she got the Hindi movie watching audience notice her talent with Zoya Akhtar’s Gully Boy and even bagged the Black Lady for her performance in it. This year she has taken the digital world by storm with her performance in Bombay Begums, where she plays the role of a prostitute and a mother who will go to any length for her son’s dreams to come true.

The actress’ next is Ram Madhvani’s Dhamaka. A short teaser that was released by the makers showed a glimpse of the actress playing a stern boss to a TV reporter played by the much talented Kartik Aaryan. Kartik Aaryan surprised everyone in the teaser and Amruta Subhash too is blown away by the young superstar. Recently the actress gave an interview where she shared that she was supremely proud of the actor’s journey to stardom and kept praising him. Amruta praised the actor for being a terrific actor and also a good human being, “I loved him as a human being. I loved being with him on screen. Because I thought he was very instinctive. Frankly, iske baare mein at length baat karna chahungi when the film is nearer. Because it has again been a very, very long process with him. But let me tell you the instinctive quality issmein maine dekhi thi… Maine agar ussko ek sentence iss tarah se diya, toh woh us tarah se khelega. Woh joh khelna hota hai, woh usske andar maine bahut dekha. Of course, it’s hard work,” She states that the heartthrob is an instinctive artist and that when she gave a line to him, he retorted back instantly with a dialogue and kept improvising on the set. Now that’s one quality very rare young actors possess. 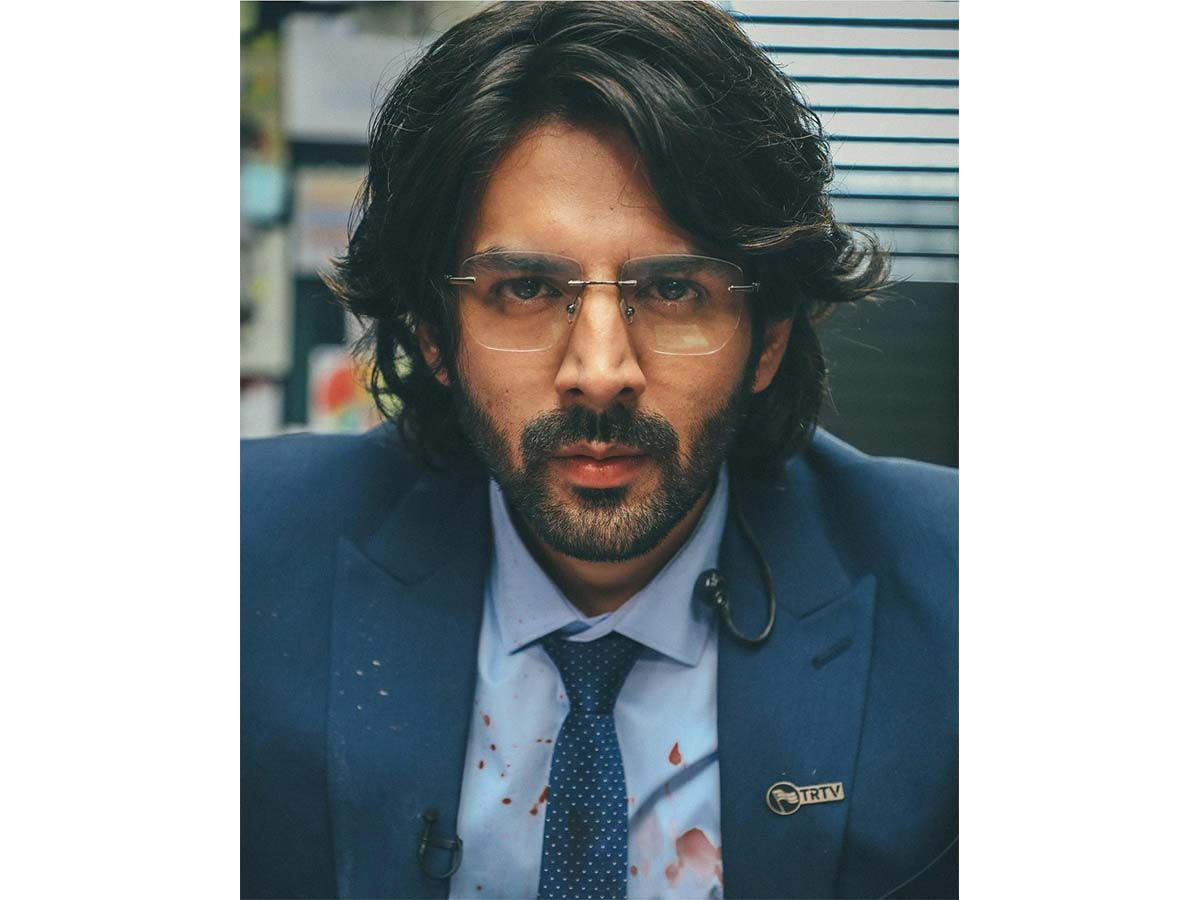 The actress praised him for his journey to stardom, how he came as a complete outsider and reached the pedestal with his hard work. But what surely came as a surprise was when Amruta Subhash shared that she got several messages from girls after the Dhamaka teaser and they were about the hunk Kartik Aaryan, “Jab teaser aaya tha, mujhe joh messages aaye the ladkiyon se for Kartik. Woh stardom jo uski hai, I am so happy for him, so proud of him and I keep blessing him.”

The actor has a great fan-following and this is yet another story of his massive fan following. Dhamaka which stars Kartik and Amruta will drop on an OTT giant soon. Meanwhile Kartik Aaryan is currently recovering from COVID-19 and will get back to work once he’s tested negative. He has Bhool Bhulaiyaa 2 to wrap and then might start work on Ala Vaikunthapuramuloo remake.