Ayushmann Khurrana and Rakul Preet Singh have never been seen together on screen. But this fresh pair has collaborated for the first time on Doctor G. The film is produced by Junglee Pictures and will be directed by Anubhuti Kashyap. Doctor G is a campus comedy which has Ayushmann playing a doctor.

Today, the actor took to Instagram to share a couple of pictures as he began line-reading for the film. One picture he posted of his copy of the script, while in the second one he posed with his co-star Rakul Preet as they both began prep together.

Talking about the film Ayushmann had earlier said, “Doctor G is a script that I fell in love with instantly because it is super fresh. It is an extremely unique and an innovative concept that will make you laugh and also make you ponder. I’m excited to don the doctor’s coat for the first time in my career and also deliver a message in the process that will hopefully speak directly to your hearts.”

Well, this project has got us excited for sure. What about you? 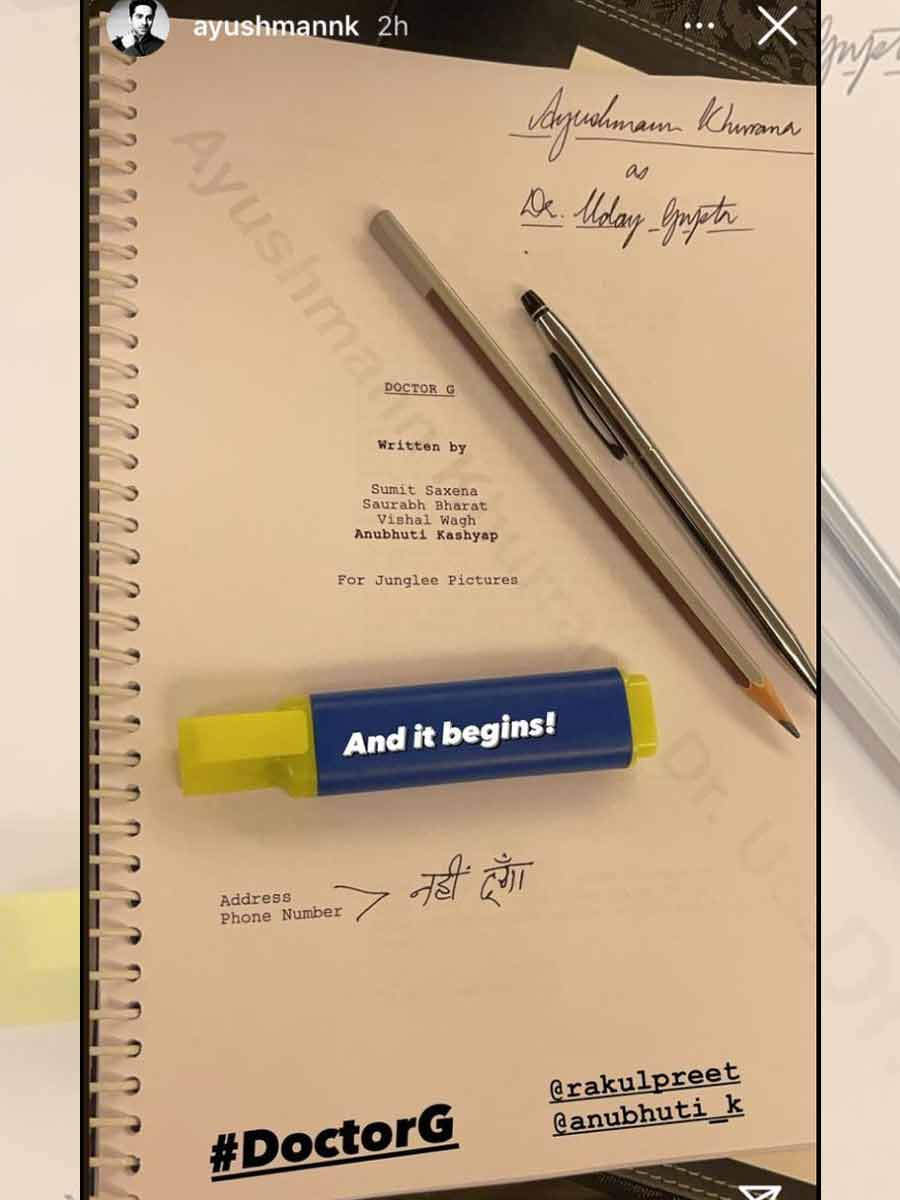