Raveena Tandon really pulled out the photo albums for this one. The actress shared some lovely throwback images on her social media from the 90s. The actress shared multiple images including that of a film crew having fun on a bus, a picture of Sanjay Dutt and Sunny Deol chatting with the late Saroj Khan and Tandon also shared a picture of herself with legendary musician Nushrat Fateh Ali Khan. 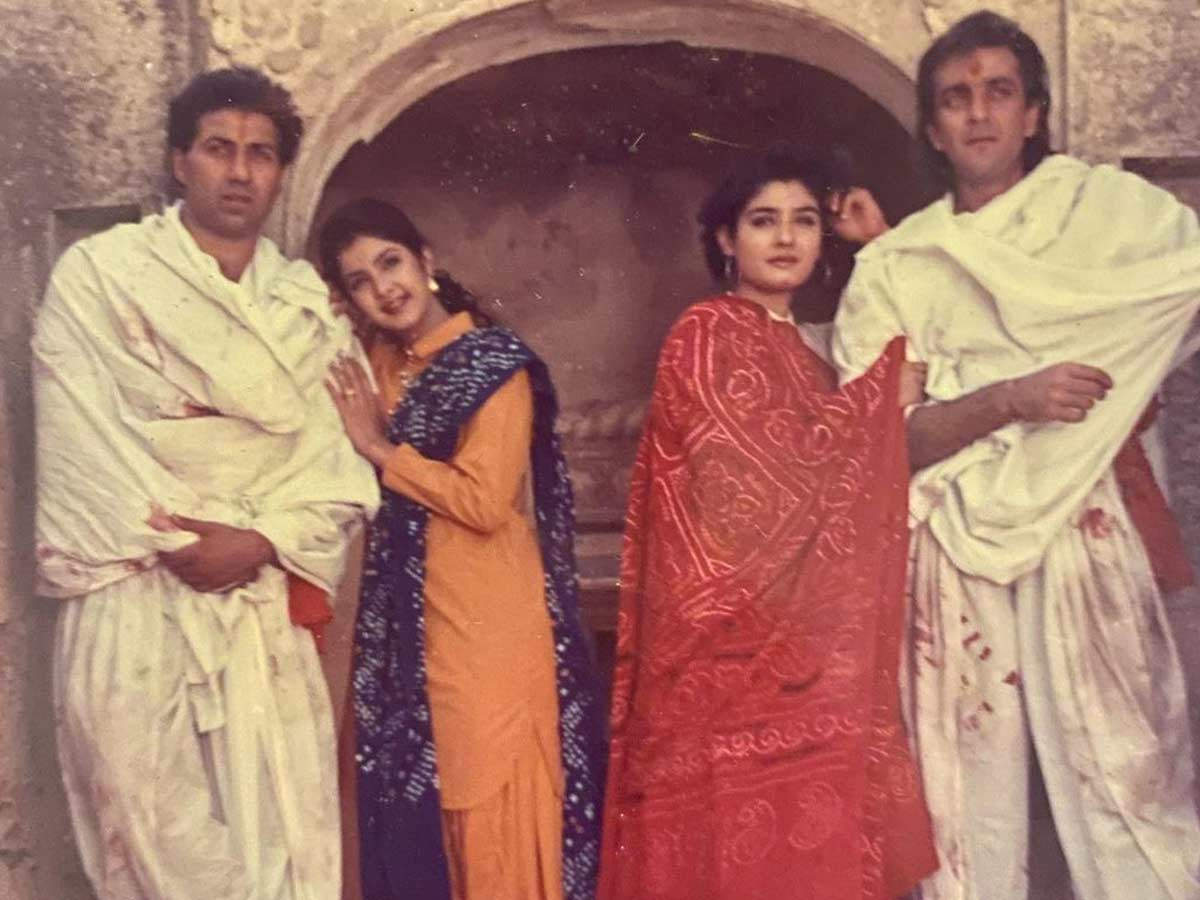 The final photo showed Tandon chilling with Dutt, Deol and the late Divya Bharti. “Some throwback pics from the early 90s, Saif and I clowning around during imtihaan shoot , #kshatriya shoot with Saroj ji, Sanju ,sunny and Divya, with meeting the legendary #nusratfatehalikhan saab, used to travel in the bus to locations in Europe , all of us together would play Antakshari in the bus, the whole unit , from spot to camera crew, artistes all, in one big bus , one happy family, doesnt happen anymore .. now everyone has their own vanity vans,” she wrote in the caption.