Last year in June, actor Sushant Singh Rajput died due to suicide at his residence in Mumbai. From social media to news channels, there was only one conversation and it was about Sushant’s demise. To acknowledge the actor’s contribution to cinema, the Oscars this year kept his name in the memoriam gallery.

Sushant’s picture along with his name and profession was mentioned in it. Sushant’s brother-in-law took to Twitter to even thank the people behind making this possible. Truly heart-warming, isn’t it? 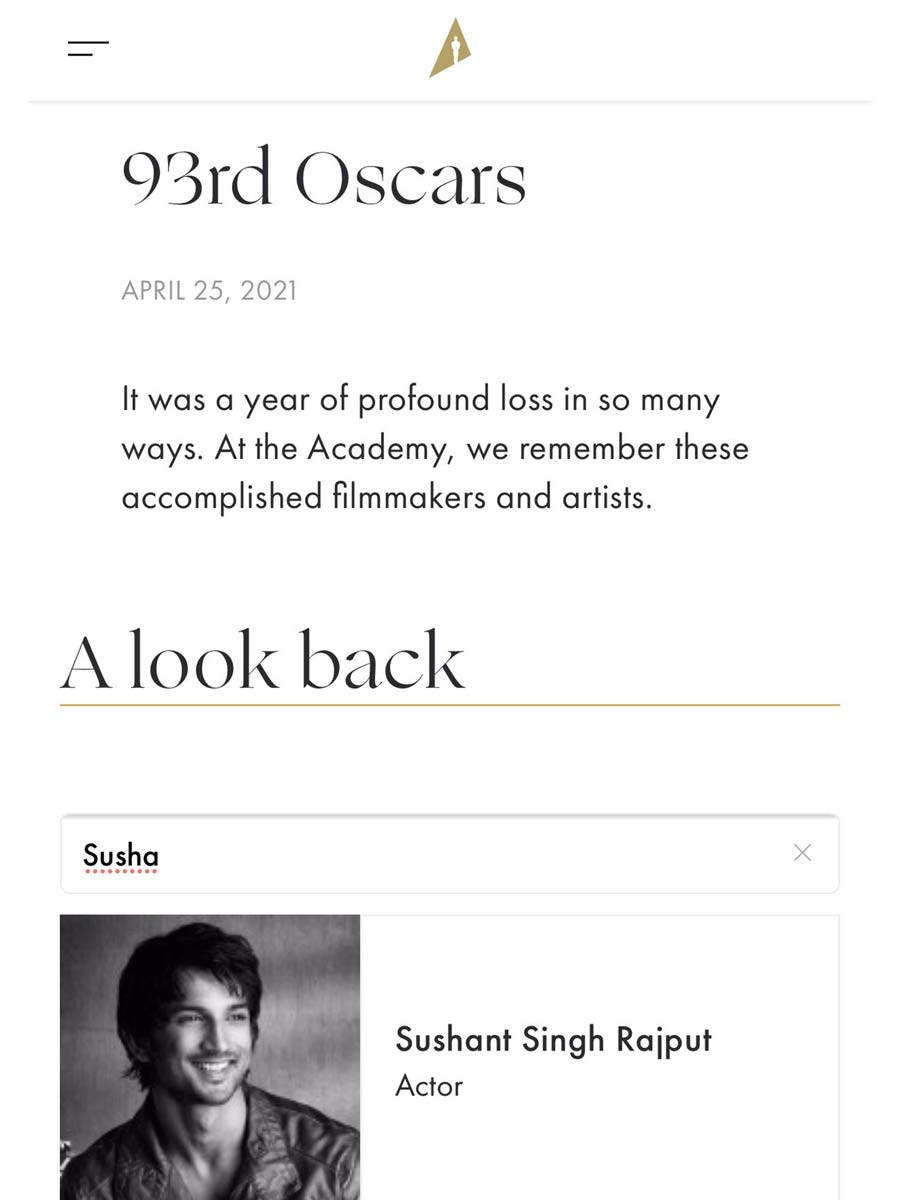