Uma: Bacha what happened why did you shout such? (worried)

Ishani: Badi Ma once turn towards the door to see why they reacted such

All turned towards the entrance to see a bouquet of flowers walking (in fact, it was Kabir walking with the bouquet), Riddhima sighed and rolled her eyes seeing the reaction of Sejal and Siya while everyone was shocked to find a huge bouquet in the house and as the bouquet was covering Kabir’s face, they couldn’t see who it was.

Ishani: Hey you!!! Who are you? And who allowed you into the house? SECURITY!!! (calling the guards)

Riddhima (shock): Ishani why are calling the guards?

Siya: Di, it’s Kabir bhai’s voice but where is he?

Anupriya: Riddhima why are you laughing as if a joke is cracked!

Riddhima: Chachi you all are so cute

Ishani: Riddhima yaar what do you mean?

“You’ll understand when you see me”

Ishani: It’s once again Kabir but Kabir where the hell are you?

Riddhima: In front of you all (chuckling)

Sejal (shock and enthusiastic): Are you serious?

Riddhima just nodded her head and all girls burst into laughter understanding and observing their glances even elders understood where Kabir is and all were laughing hard while Kabir stomped his legs pissed and left towards RiAnsh room to place the bouquet and when he was back he saw that everyone was still laughing.

Kabir hugging his Badi Ma as a puppy

Anupriya: Bacha first listen to what Di wants to say

Kabir (confused): What do you mean Ma?

Uma (giggling): I was telling….. Stop bothering my child… so that even we can pull his leg (laughing)

Kabir pulled out of the hug shocked while all were laughing at his plight.

Kabir: None here supports me! I have none (pouting)

Siya: Bhai you are mistaken… (chuckles) You have that girl who sent you such a huge bouquet (wink)

Dadi: We are aware that it’s definitely a girl who sent him that bouquet

Uma: So, my Kabir started hiding matters from his badi ma? (raising eyebrows)

Sejal: First bhai tell us who’s that girl who’s so desperate for you that she sent such an elegant bouquet for you

Ishani: And that too to his office

Siya: Is she beautiful?

Sejal: Is she hot and s*xy?

Anupriya: What does she do?

Dadi: Where does she stay?

Uma: What about her family?

Ishani: What about her hobbies?

Kabir (shout): I don’t have any girl in my life

She glares at the girls and they understood her confusion

Ishani: Kabir does that mean you are…. Maybe….. somewhat…. Are you a GAY?

Anupriya: You mean (shock) that bouquet was given to you by a boy?

Uma (shock): You mean you won’t bring a daughter–in–law for us instead you are going to get us a son–in–law!!!!

Sejal (shock): Bhai what the heck!!!! From when did this start? Who’s that boy?

Dadi: What’s wrong with that? If he likes a boy, we need to support him not degrade his confidence. We need to get accustomed to the change and I have no issues if he likes a boy and in fact, no one should have. It’s his life and he has the whole right to select his soul mate. Bacha, Kabir am with you in this. Just call the boy we shall have a talk once

Uma: Yes Ma is right. We are living in the 21st century and it’s common there’s nothing to feel ashamed of. As a family, we all are with you in this and we are glad that you got your life partner.

Anupriya: Ha bacha Di and Ma are right, there’s nothing more important than your happiness and if you indeed love that boy then we all are here to support you in your decision and am happy that after all that happened in the past you finally moved on in your life and now am eager to meet my would-be son – in – law.

Sejal: Bhai even we all are with you in this decision of yours where you’ll be stepping into a new phase of your life

Siya: Exactly bhai in fact now am eager to meet my would-be Bhai

Ishani: Idiot he’ll be your Jeeju not bhai, if given a chance you’ll build a brotherly relation between Kabir and his boyfriend. But on a serious note, Kabir am happy for you. You got your happiness after many years and now we all are excited to meet him and then am toh imagining the rituals and wedding festivities (excited)

Siya: We need to go on shopping toooo

Kabir (stunned and confused): Guys…. One m…oment. What the…..

Before he could try to complete his sentence everyone’s attention was grabbed by Riddhima’s action as she fell on the floor holding her stomach laughing hard. Everyone was glaring at her confused and Kabir was giving her damn glares asking her to shut up but she was impossible.

Anupriya: Riddhima what happened why are laughing so hard?

Riddhima (laughing): Chachi you all are so…. (laugh)

Kabir: Ma am not sure what Riddhima wanted to say but now I’d complete the sentence as per my comfort and I feel you guys all turned insane…

Kabir (taking a long breath): Dadi I …. Don’t have any boy in my life

Ishani: Kabir do you mean you have a girl in your life and that bouquet was sent by her?

Sejal: Arrey Ishani but bhai himself told right ki he doesn’t have any girl in his life

Anupriya: Then who sent it to him?

Siya: Bhai tell na who sent it and why? I mean definitely, that person loves you but is it a girl or a boy? Am I going to get a bhabhi or Jeeju? But…. but you said you have neither a girl nor a boy in your life then who sent it with such love?

Sejal: Bhai this is so confusing and you… you instead of clearing our confusion sat on the ground relaxed (making a face)

Kabir (rolling his eyes): Seriously Sejal! You find me relaxed?

Riddhima (laughing): Guys am done with laughing. I feel ….. (laugh) like I’ll die laughing. Spare me!!!!

Kabir: Riddhima yaar show some pity on me and all this is happening because of you. Instead of helping me out, you are laughing at my plight (rolling eyes)

Riddhima (laughing): Am ….. am nowhere concerned …(laugh) You were supposed to clarify their confusion but…. but (laugh) seems like a new theory has been found in this process for you (hahahhaah)

Dadi: Bacha what do you mean by all this is happening because of Riddhima?

All glared at Uma and Kabir sighed as he realized that Uma, his badi ma understood the situation.

Kabir (sigh) (thinking): Thank God Badi Ma!! Finally, in this mad family, someone has got some brain to understand and analyze the situation. Thankfully now badi ma understood that the bouquet is for Riddhima from bhai and not for me from some girl or any boy as per their theories (rolls his eyes). I think I can leave from here to freshen up as I need a calm shower to relieve myself from all this shit!!!

Riddhima (thinking): All this was literally epic and funny. I still can’t digest the fact that everyone had their own theories for a bouquet and seriously!!! Seriously they expected that Kabir is in a relationship with a boy!! Man!! That was hilarious. And I need to share this with Vansh and am sure he’ll explode laughing hard. But…. but one second now Ma understood that it’s definitely sent by Vansh so now it’s going to be my turn to face their leg-pulling session (banging her head mentally)!!! C’mon Riddhima Vansh Rai Singhania get ready to face their teasing session!!

If there are any suggestions or improvement needed, please do suggest. 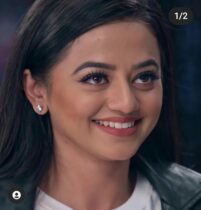