Siddhant reaches home scared about parcel, Dad asks who sent it, Siddhant says a friend, Dad says when why worried, Siddhant says new friend kind of unknown, Dad says okay. Siddhant takes parcel to his room and opens it, he sees its the repaired rare window and Genda writes by sending broken mirror you showed us how low you can fall and by sending this new one, I want to say that I can fight with any problem you lay to save my shop and accept your enemity. Siddhant smiles and says very interesting. Siddhant calls Arora.

Varun says to Genda, you handled Siddhant so well with that gift thing, he must have understood that we are not the one’s who get scared.
Siddhant says Genda I understood that you are not amongst the one’s who get scared, for first time someone has answered me and I am not upset but happy to find someone who can fight me now it will be very interesting.
Varun says Genda, Siddhant messed with us and now will have to deal with it. Genda says I am confident and could find back just because you were with me and supported me, please always support me and no one can beat us then. Varun says together we will win.
Siddhant says whatever may happen, the game is mine, I will win it.

Dad walks to Siddhant and asks what gift your friend sent you, Siddhant says friend is new but looks like a old good player and tell me which day is good day to start new work, Dad says I consider Monday’s very good, why though, Siddhant says I am starting new division of our company, and so be ready for coconut break ceremony, in Kucha Mahajani, Dad says I am proud of you but did you get all shops, Siddhant says you can say so.

Genda says to Varun, Siddhant won’t keep quiet, he will do something in return, Varun says now we will fight everything if we are into it.
Kundan says at dinner table, Siddhant is unnecessarily bragged about and did Anuradha have food, Genda says yes I gave it to her in her room, Kundan says okay and continues saying, Siddhant greeted us so well and he is so down to earth and tells whole story.
Nisha says Papaji it means all is good and he doesn’t want our shop, Kundan says not yet but I think I should talk to him, he will understand it, he is a sorted man.
Door bell rings, Nisha goes check. Arora walks in.

Kundan walks to Arora, Arora says sorry to come at wrong time, you were peacefully having lunch but now you may not because you have time till Monday morning to get me shop papers or else you will have to pay full loan money with interest and loose your shop. Kundan says in such short notice how will I manage this money, this shop is my life dont do this, Arora says I can’t help. Genda asks whose name is shop on, Arora says yes, I have document, Genda says can I have picture of documents, Arora hands it to Genda and thinks nothing can help you now.
Genda says the name of land owner is Manohar Tripathi, Arora says he must be dead, Kundan says this is your mistakes ehy trap us, Arora you have time till Monday morning and leaves.

Varun says to Kundan lets talk to Manohar Tripathi, lets see if we can anything, Kundan says this won’t work, I will go beg Siddhant Sinha, he will listen to me, I am going to him, Varun says let me come with you, Kundan says good to see atleast someone cares. Varun and Kundan leave.
Genda thinks Siddhant will never listen to you and I have to find Manohar Tripathi, will go register office for that.

Siddhant’s secretary tells him, Kundan and his son Varun Agarwal’s are here, Siddhant says I am busy watching match, and I don’t meet common people, ask them to leave, throw them out I am busy.

Kundan is informed, Siddhant is busy, Kundan says please its very important, Secretary says he is very busy please leave. Kundan forces himself inside saying tell him its me, Security start man handling Kundan, Varun gets in too and shouts no one touches my father on Kundan being pushed. Varun gets in fight with security. Secretary stops Varun, Kundan takes Varun away.

Genda at register office, she is told that, Manohar Tiwari sold this land 80 yrs back and went to Mathura, Genda says right he gave it to my father in law’s grand father, but there is no paper that even after selling the land is named on Manoj Tripathi, He says this happens, you will have to meet him and get new papers signed. Genda says okay can you please find Manoj Tripathi, He says how will I know, you find it and its my lunch time and leaves.

Genda says I have to go Mathura without Siddhant’s knowledge. Arora calls Siddhant and tells she asked me about documents and I gave her what will she do with it, Siddhant says stupid and disconnect the call. Siddhant says I know she can get leads based on that.

Anuradha worried about Kundan and Varun, they walk in, Anuradha asks how did you get hurt Varun, Kundan says we went to Siddhant’s office and he started fighting with security and then now says lets lodge FIR against them,Varun says he miss behaved with you and you kept praising Siddhant look what he did, Kundan says could we meet him, no we couldn’t because of you. Genda says Varun is right, Siddhant is not a good guy, Kundan says you shutup, do you know more than me, and all this is happening because of you, you messed with Siddhant and this is what happens when a women goes out of house, she brings problem and from today you all ladies won’t step out and I am alive to take care of this house and if I can’t I will sell shop. Genda looks at Varun.

Pre cap: Genda on her way to Mathura her car breaks down, she gets kidnapped.
Siddhant is informed by his guards, Genda went to dhaba to have food and then she didn’t come out.
Nisha walks in Varun’s room, she tries to remove blanket of bed, Varun stops her. 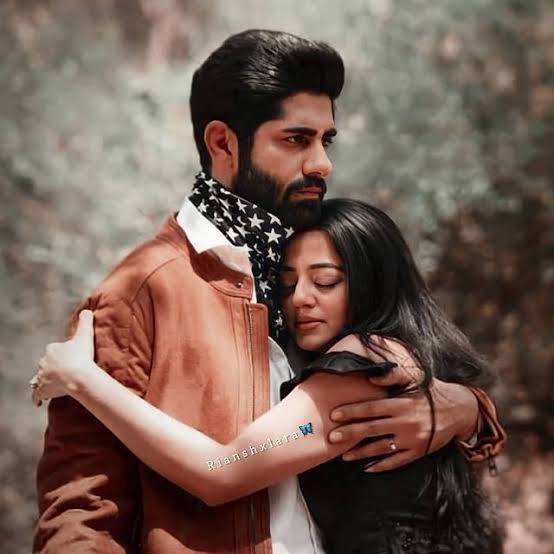