Ranveer Singh in a still from the video. (Image courtesy: karanjohar)

Ranveer Singh, why “so fly?” Plane buddy Karan Johar was so taken with the actor’s red travel outfit – by Sabyasachi, no less – that he whipped out his phone mid-air to document and review Ranveer’s OOTD. Team Rocky Aur Rani Ki Prem Kahani – Ranveer stars, KJo directs – were flying to Goa for the International Film Festival of India or IFFI; style bhai Ranveer was dressed in top to toe red cinched by a gold belt. “What are you wearing,” KJo asked him; on being told it was “Sabya gotta love ya,” Karan Johar delivered his verdict: “You look like a big stop sign.” More like a don’t stop sign, per Ranveer though.

“Toodles,” Rocky and his director signed off, referencing Karan Johar’s lockdown series starring his twins Yash and Roohi. “Toodling with Rocky,” KJo captioned the post; their “mid-air shenanigans” were a hit – “You both are a riot. Love it! Safe travels,” commented Saba Ali Khan. Maheep Kapoor posted laugh emoticons, Ranveer’s own comment was to the point: “A red alert,” he wrote. 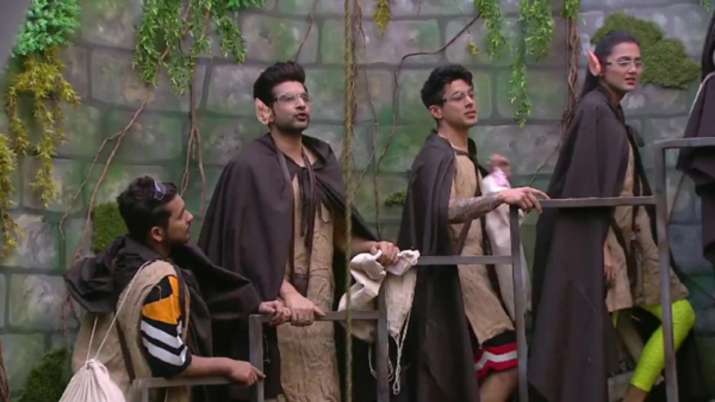