Dev comes to Jaya and finds her packing her bags. He asks what are you doing? Jaya says I started feeling this is my family but Kach made me realize today that I was a servant and would always be the same. I am just taking my memories with me, I won’t take anything valuable. Dev is hurt hearing all that and says you are my only family after losing my parents. Jaya says I couldn’t make you a king which was your father’s dream. I should leave as I can’t see you losing this palace. Dev says I promise you that no one will insult you in this house, please don’t go anywhere. Jaya hugs him and smirks.

Vamika tells Krisha that you can try as much as you want but I will snatch Dev from you at any cost. Krisha says you think you can make Dev yours like he is a commodity? Vamika says Dev has already noticed you are cheap and I have a high standard. Krisha says you are wrong, if you try to separate us then you will lose everything you own. I will break you ego.

Virandar is locked in a den and asks his goon if he has kids? He says yes. Virandar says then you want to teach this to your kids? You get insulted every day but you still act like Jaya’s slave? Please make me meet my kids again. The goon says I will try again.

Scene 2
Jaya tells Dev that we have 48 hours, if we can’t find Aarav then we will lose this status of a royal family and we won’t own this house anymore. We will be on the roads. Dev says I know you have always helped me so I am sure you must have a solution. Jaya says I have a solution, if you want to save this family and this palace then you have to leave Krisha. You should have married a princess instead of Krisha. Dev says how can I leave her? She is my lifeline, my happiness and my everything.

Rati asks Krisha if everything is fine between her and Dev? Krisha says no but I will make it fine, I just need to find Aarav, I am sure he is in trouble. Rati says you might be right, who would do it? Krisha says only Vamika would benefit from this. How do I find him? Someone throws a letter in the room. Krisha reads the letter and is shocked.

Jaya tells Dev that marriages in royal families are cooperative deals. We have to protect our honor first, we are ready to lose our lives for our honor. Dev says Krisha is my duty and love so I can’t do it. He asks her to the royal thread off his arm as he can’t do it. Jaya says then who would take this responsibility? Krisha comes there and says I got a letter. It’s a poster of the lawyer that Jaya met. Krisha says he is not a lawyer, he is an actor so he might be fooling you? Jaya thinks who is helping Krisha? Jaya says you are blaming me also? Do you think I am getting fooled by someone? That I don’t care about the rules and regulations of this family? Dev asks Krisha to stop it. Jaya asks Dev to think about what she said. She leaves. Krisha asks Dev what did Jaya ask you to do? Dev doesn’t answer her. Krisha says we are one so we should talk to each other. Dev says the only way to save this family and palace is that I leave you and marry a princess. Krisha is stunned to hear that. 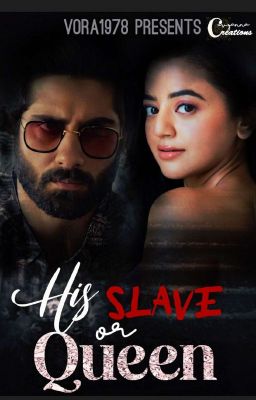