Recently the makers launched the reprised version of the song – Hussn Hai Suhana. The song sees Varun and Sara romancing each other in some stylish sets and even reprising the iconic step done by Karisma Kapoor and Govinda in the original. No wonder Karisma Kapoor got nostalgic and shared a lovely post from the film which takes us way back to 1995. She shared two stills, in one we see her dancing with Govinda and in the other click we see her posing with the director and the makers. Talking about the stills Karisma said that it is her first song with Govinda and she even jokes about her blingy costume teamed with fish-net stockings. 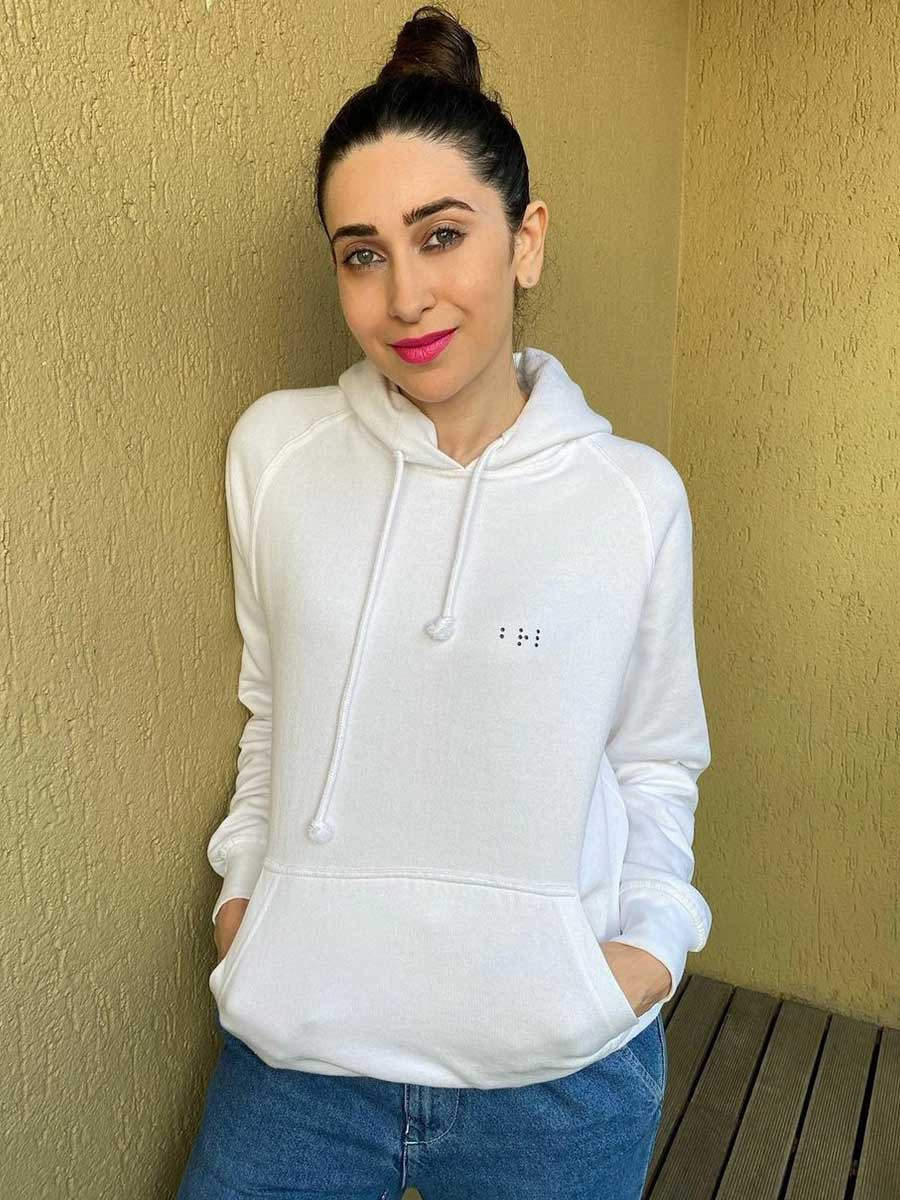