Actor Shraddha Kapoor is currently living it up in Maldives. The actress is attending the wedding of her cousin Priyaank Sharma to Shaza Morani, who is the daughter of producer Karim Morani. 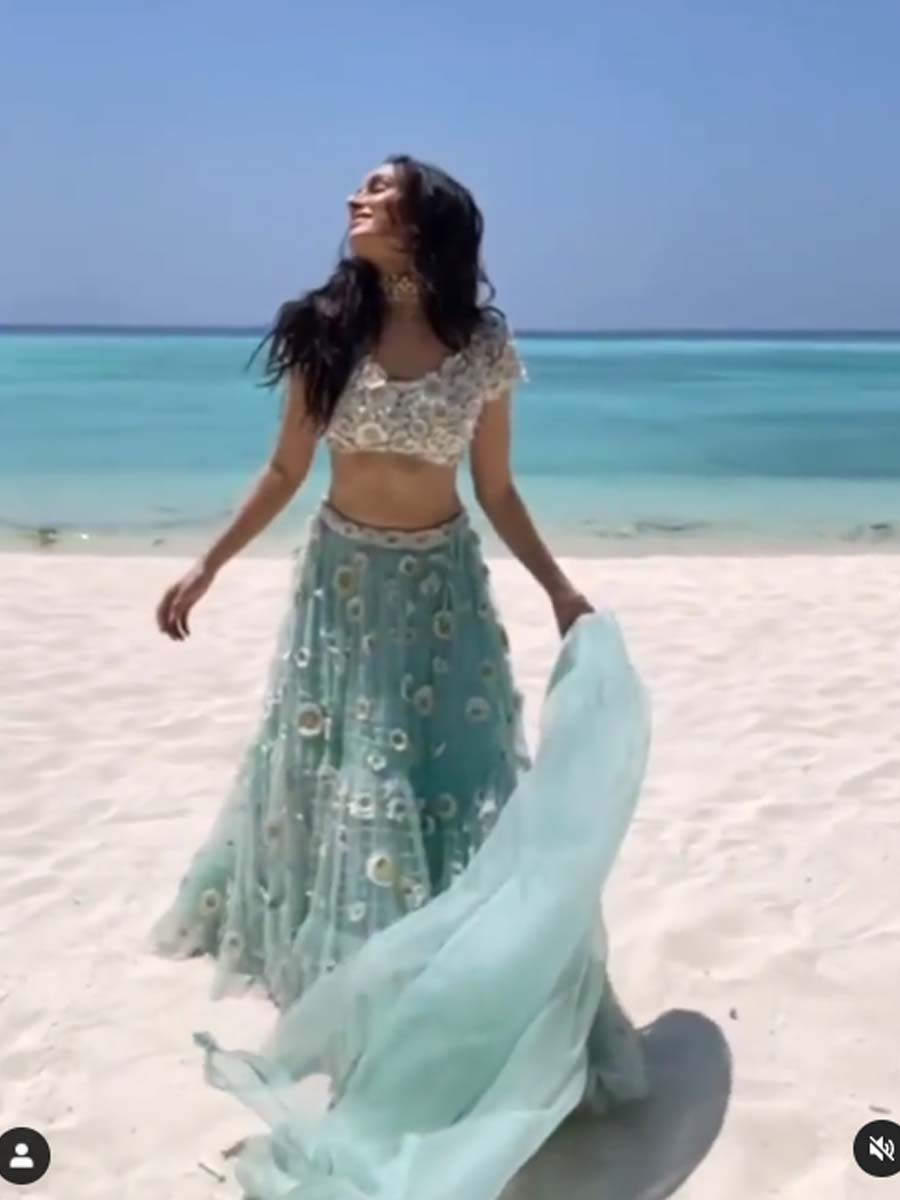 Besides Kapoor, actor Varun Dhawan and celebrity photographer Rohan Shrestha also attended the wedding. Kapoor is reportedly dating Shrestha and there were also whispers around town that the two would tie the knot soon. Asha Bhosle’s granddaughter Zanai was also in attendance. 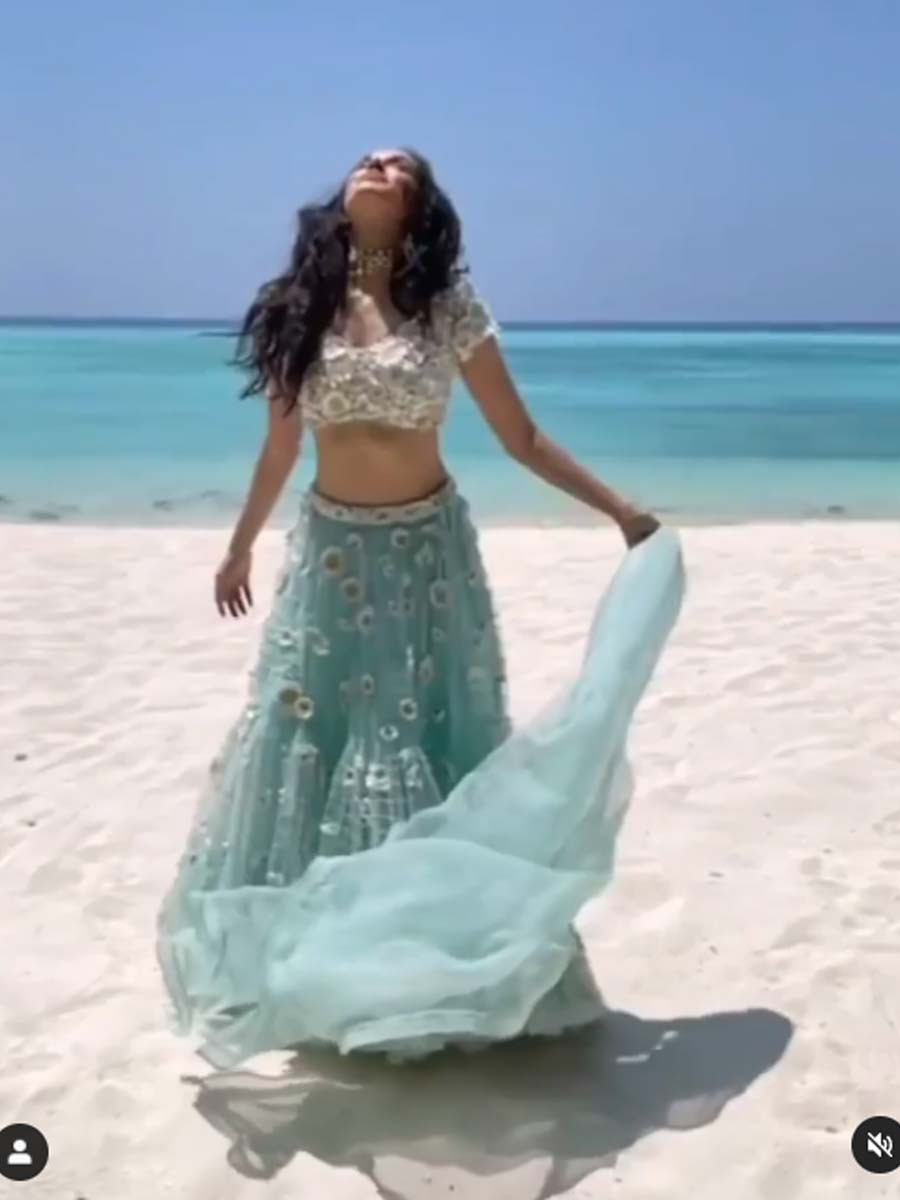 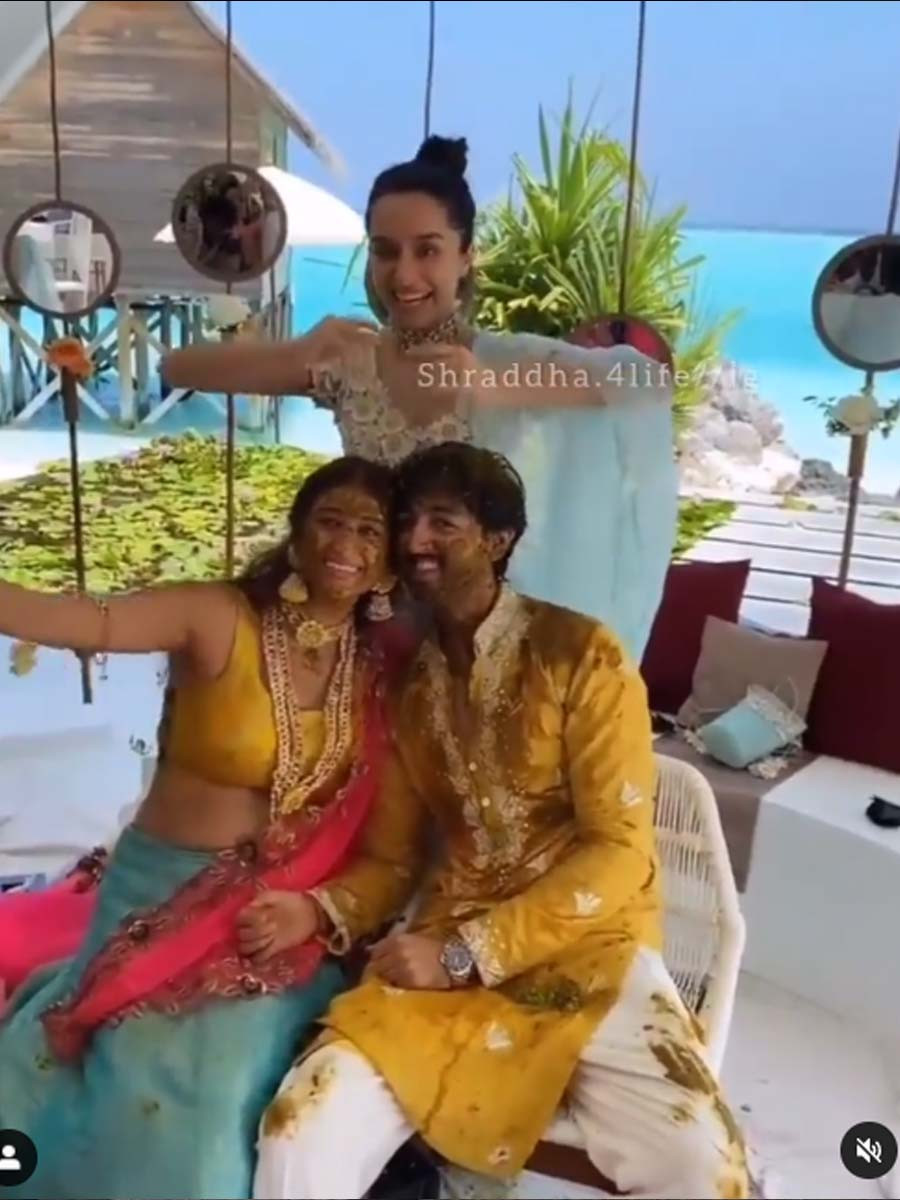 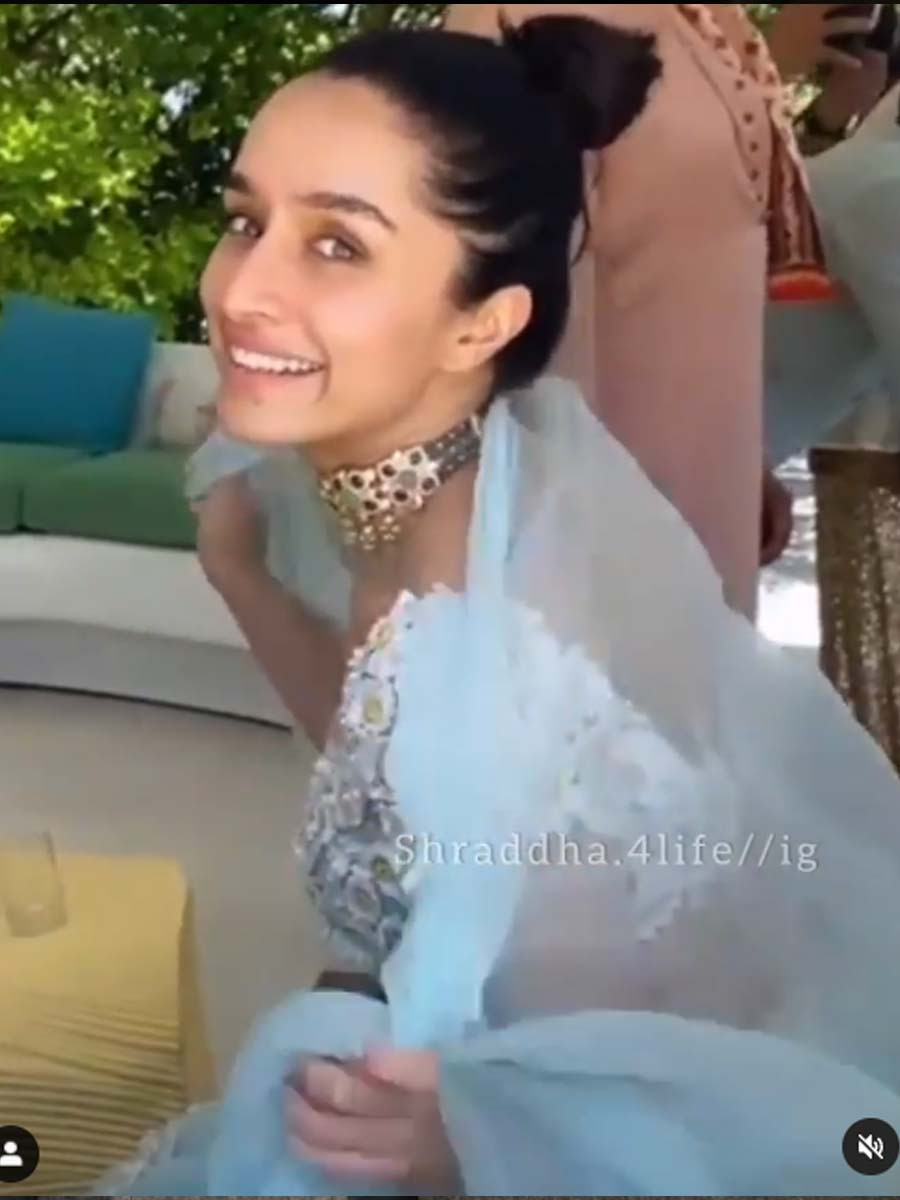 The actress was clicked twirling on the beach in a baby blue lehenga.