Whether Alia Bhatt is missing her bae Ranbir Kapoor or she’s just in mood for a wacky selfie, the actress always shares it with the netizens through her social media posts. And we completely love this girl for keeping us updated with her life and constantly giving us glimpse in her life.

Today, Alia Bhatt has taken to her social media to share some pretty pictures with her friends from some wedding shenanigans in Jaipur. In the first picture shared by her, we see her in a pretty saree and posing with Guilty fame Akansha Ranjan Kapoor. In another picture we see the actress posing with her squad and all the divas are dressed to the nines and giving some major shaadi-fashion goals. Alia who pens down her pictures beautifully, has captioned it saying, “we keep this love in a photograph, we make these memories for ourselves.” Now that’s one great caption. 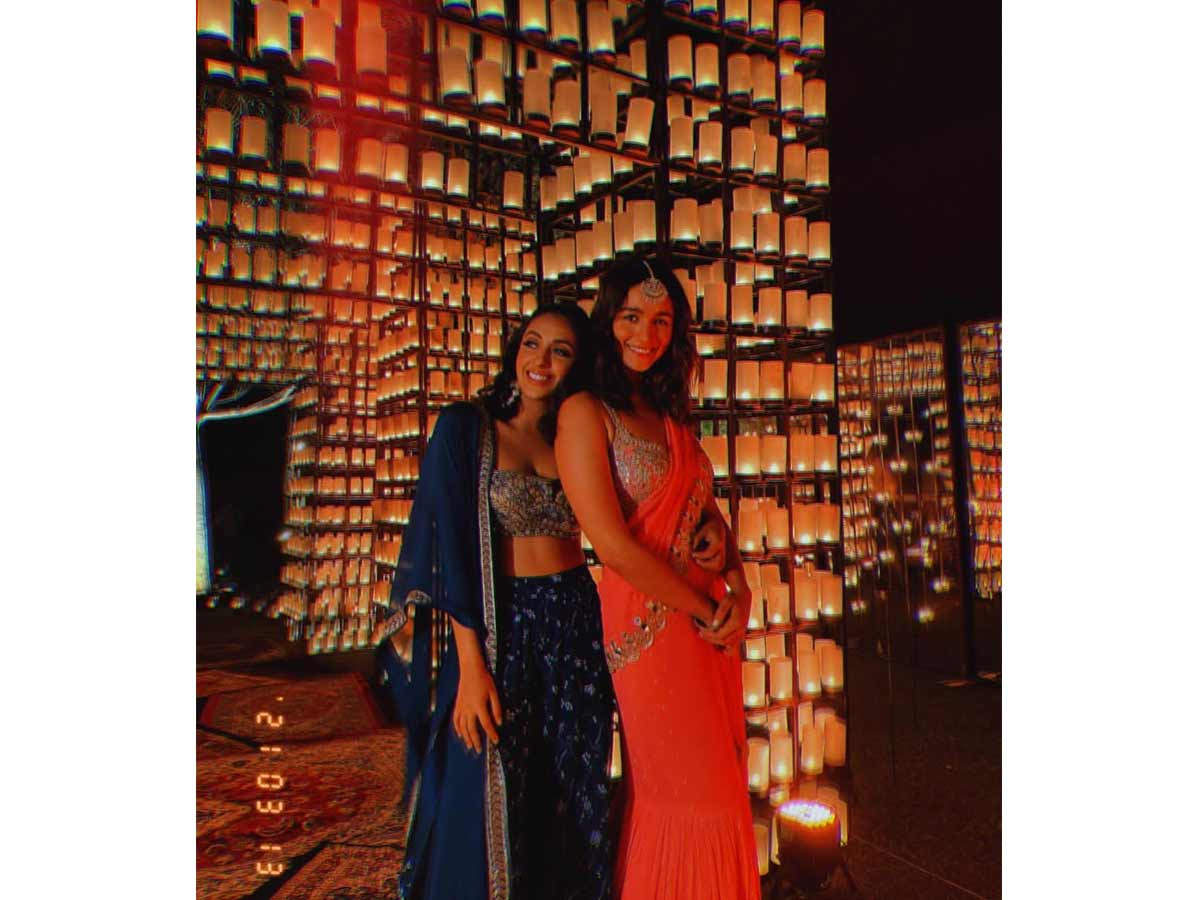 Alia Bhatt recently shared a picture where we see her hand clasped with Ranbir Kapoor’s hand. The actress was missing her beau, as he’s self-quarantined after testing positive for COVID-19. Not just Ranbir Kapoor, even her director Sanjay Leela Bhansali has tested positive. The actress was shooting with SLB for Gangubai Kathiawadi and wrapping up the project. Thankfully the actress has been tested negative and awaiting the release of her big films.