Reworking a 1994 Hollywood drama centred on the Vietnam War into an Indian story that pans out over several decades later wouldn’t have been a cakewalk. But screenwriter Atul Kulkarni makes a fair fist of it, giving star Aamir Khan enough room for the emotional manoeuvrings that are required to flesh out a dorky but doughty man coming to terms with the complex world around him without ever losing his innocence, optimism and gumption.

Deftly crafted and acted consistently well-acted – a de-aged Aamir Khan throws all that he has into the role and comes up with a simpleton who is wondrously loveable – the film’s principal strength stems from its stress on the power of hope in a time of violence and venality.

Late in Laal Singh Chaddha, donning a spanking new pair of shoes and on a whim, the unassuming protagonist goes on a run across the country. People join him as he sprints from one part of India to another. Unity in diversity isn’t a particularly original idea, but its reiteration, no matter in what form, has never been more necessary.

India is in the midst of a level social and political turmoil that it has rarely encountered since it gained independence. Laal Singh Chaddha could, at one level, be seen as an attempt to lull us into a false sense of ease. That is exactly what the conservative-minded Forrest Gump had attempted to do (with a great degree of success) in the US of A in the decades following the disastrous Vietnam War and the fallout of the Watergate scandal.

India isn’t merely dealing with the aftermath of a cataclysmic event. It is in the midst of one. The journey of Laal’s chequered life parallels that reality. Parts of the overlong film are occasionally monotonous and underwhelming. But given its overall intent, Laal Singh Chaddha does serve a significant purpose: it celebrates humanity in the face of hate and discord.

Here is a man who is slow-witted and, therefore, able not to let the ill wind sweeping across the land corrupt him. At the personal level, too, he is undaunted by the challenges that life throws at him. The love of his mother Gurpreet Kaur (Mona Singh), who has fought tooth and nail to ensure that her son is never treated as a boy with a disability, and his childhood friend Rupa (Kareena Kapoor Khan), who has never lost her faith in him, keep him going.

In a quirky aside, a short trip to Delhi brings a cherubic Laal, still a boy in his leg braces, face to face with a pre-stardom Shah Rukh Khan, who learns a thing or two from Laal about dancing. This lovely sequence – a wonderfully localised twist that is bound to bring an unadulterated smile to every lip – stands in for the Elvis Presley encounter that Forrest Gump has with the future King of Rock & Roll in his mom’s boarding house.

Laal shakes off his leg braces as a boy when chased by a trio of bullies on their bicycles. He turns into a phenomenal runner. He lands a job in the Indian Army where he befriends Balaraju Bodi (Naga Chaitanya in a superb cameo), the equivalent of shrimp trader Bubba, and makes plans for an entrepreneurial future with him. Bala’s family is in the underwear manufacturing business.

War intervenes and Laal is sent off to fight in Kargil. He suffers a tragic personal loss but he soldiers on regardless, his memories of Rupa his constant companion. Since Laal Singh Chaddha is an official remake, the storyline is known. It is the changes, minor and not-so-minor, that keep one’s interest alive.

A riff on his PK persona, Aamir Khan’s Laal Singh Chaddha is as much an alien struggling to figure out what is going on and fit into a world that isn’t as accommodative as he is. The film, adapted from Eric Roth’s original 1990s screenplay, indigenizes the plot in interesting ways and finds points of departure that, more often not, strike a chord.

The bus stop bench of Forrest Gump is replaced here with a train compartment – rail voyages are known to fuel many a timeless story in this diverse country. Forrest’s box of chocolates makes way for a little dabba of golgappas (another typically Indian twist). Laal and Rupa’s inseparability, in the hero’s own words, is “aloo de saath gobhi” instead of “peas and carrots”. It is only logical that salad mutates into curry here.

On the train, Laal narrates his life experiences to a receptive bunch of listeners. He pieces together a story that is as much about him and his loves and friendships as about his impressions about a nation hurtling through a slew of upheavals.

Laal Singh Chaddha, the sophomore venture of director Advait Chandan (Secret Superstar), places the protagonist against the backdrop of major political developments of contemporary Indian history from the lifting of the Emergency in 1977 to the Anna Hazare anti-corruption movement of 2011.

Operation Bluestar, the assassination of Indira Gandhi, the anti-Sikh riots, the anti-Mandal agitation, Lal Krishna Advani’s rath yatra, the Babri mosque demolition, the Mumbai riots and serial blasts of the early 1990s, the Kargil war of the late 199os and the Mumbai terror attack of 2008. Sushmita Sen’s Miss Universe title (1994) also finds a mention among events that leave a dent on Laal’s mind.

In his younger days, Laal’s mother keeps warning him not to venture out because desh vich malaria phaileya hua hai (the nation is in the grip of malaria). Later in the film, somebody says mazhab malaria phailata hai (religion spreads malaria). Laal sails through the fractious times because he believes in humanity in a manner that more cynical minds cannot.

A major tweak that Kulkarni’s script effects pertains to the character of Forrest Gump‘s commanding officer Lieutenant Dan Taylor. In Laal Singh Chaddha, he is done away with and replaced with an enemy camp (Manav Vij) whose fate is yoked to Laal’s. Just a tad contrived.

Aamir Khan holds the fort with an unfailing hand, etching out, with warmth and empathy, a man who knows too little to be thrown off by a world in flux. Kareena Kapoor Khan, too, is in fine fettle as Laal’s unfailing lodestar.

Where Laal Singh Chaddha goes just a touch wrong is in turning Rupa D’Souza into an infallible angel untouched by the grave wounds that life inflicts on her.

Robin Wright Penn’s Jenny Curran in Forrest Gump was a woman who had scars hidden in plain sight, which helped her exude the resilience of an anti-war activist who has borne the brunt of life’s many reverses and lived to tell the tale.

Kareena’s Rupa is a near-goddess, a woman who sems to be above mortal pain despite receiving her share of knocks, which robs the character of some of her sheen. It does not, however, take anything away from the performance.

One could say pretty much the same about Laal Singh Chaddha. Its flaws notwithstanding, it is a highly watchable film that hits the right buttons for the most part. 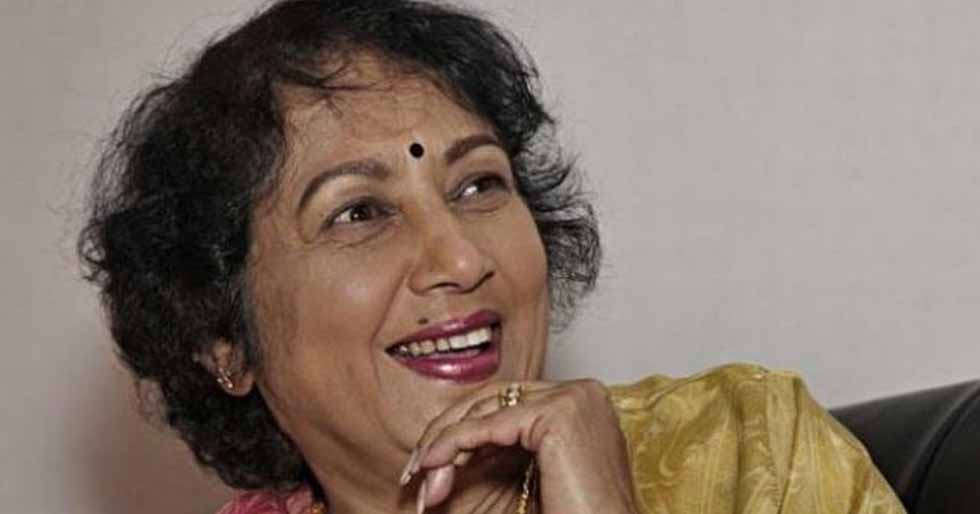 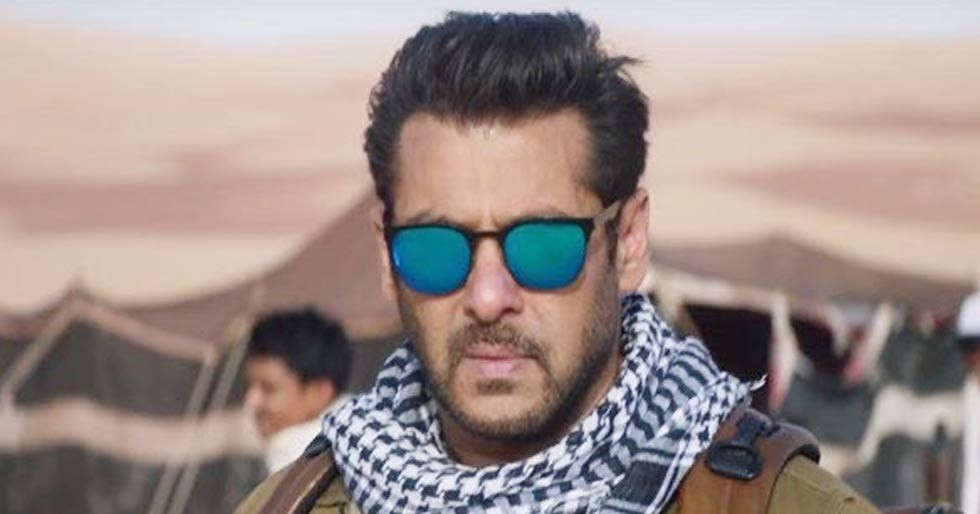 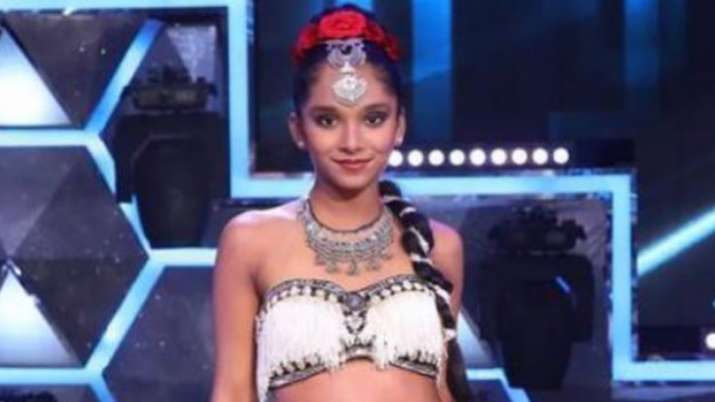